The History Of Prefabricated Shipping Containers

You are here:
Blog 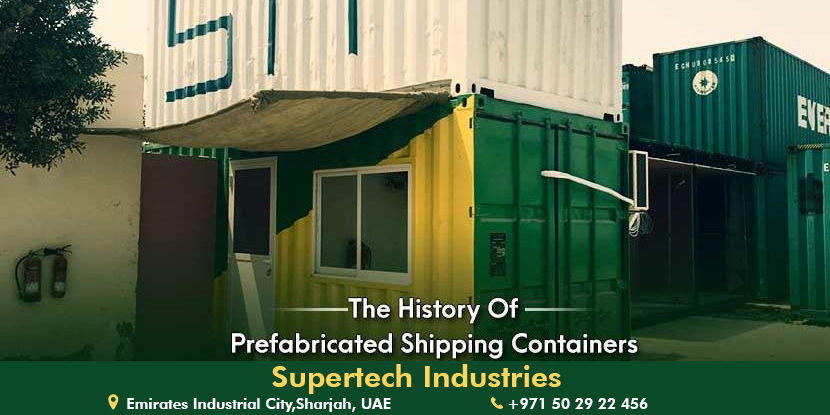 When Was The First Shipping Container Converted?

The experts in the UAE and around the world say Philip C Clark was the first individual to believe that shipping containers could be converted into feasible buildings. But there is ample evidence of even earlier interest. In 1962, Betjemann Christopher of the Insbrandtsen Company applied for a US patent for his mobile showcase. Made for trade fairs using a cargo shipping container, the mobile showcase was split into two areas. It has two doors on the sides, which could be raised to create a canopy.
The mobile showcase was meant to transport the exhibited goods from one continent to another. Betjemann was granted the US patent in 1965. In comparison, Clark filed the patent in 1987 and received it in 1989! Philip Clark’s patent had a precise technique on how to convert “one or more steel shipping containers into a habitable building at a building site”. It also spoke about how such a building could be used as a home.
Clark gave a more detailed explanation on the various ways shipping containers could be utilised, such as:

The Birth Of Prefabricated Shipping Containers 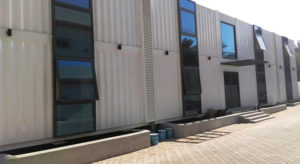 By 1996, people realised that Clark’s method had a significant drawback. His shipping containers had to be constructed on-site, which was burdensome on the wallet. Therefore, James G Wiley, Jr, and Steve Forney came up with a prefabricated shipping container method for which they were granted a US patent in 1998.
Their technique employed a core steel container to fabricate a modular building. The inner and outer wall of the building were secured to corrugated walls of the shipping container. The floor of the container turned into the subflooring, and the laminate ceiling of the steel container was secured inside the “roof.”
The actual patent for a “container for prefabricated transportable buildings” was applied in 1998 by CHM Manufacturing. This patent took away the need to buy shipping container units and then transform them. CHM Manufacturing proposed to build standard size steel containers that were self-contained. These prefabricated shipping container buildings would have all the aspects of a double-storey family home or a duplex. Barring water connection and sewer line, everything else would be installed before shipping, even electrical wires. The company was granted a detailed patent in 2002.

An Analysis of the Benefits of Prefabricated Construction and Fabricator Limitations
June 17, 2022

All You Need To Know About Reefer Containers
November 15, 2021